When I was a kid, I was pretty obsessed with reading, but I didn’t fully understand that books were written by actual people, if that makes sense. Authors didn’t fit into my world view—they were bigger than life—so the possibility of becoming a writer never entered my mind. After graduating from UCLA, I worked in television casting for a decade, and then I left that career to pursue teaching. Shortly thereafter, we started our family, and had four kids in the span of seven years, so I was super busy. When my youngest was in preschool, I decided to start writing. I thought, ‘Why not? No one will read it, so I have nothing to worry about.’ I met two other moms in town who were aspiring writers and we formed a critique group. As time went on, we began researching how to write good query letters that would hopefully land us literary agents. We went through the whole process together, cheering each other on and holding each other accountable. I ended up getting the agent at the top of my list, the one with the star by her name. I was thrilled. Looking back, I can say that it took so long to pursue writing because I was scared of failure. But after years of wanting to try, I finally was able to walk into writing with the mindset of a little kid who isn’t worried about the outcome—it was just fun. It’s like learning how to roller skate - you know you’re going to fall down a bunch of times, but that doesn’t stop you from wanting to have fun. I think the message is to follow your bliss.
@stacywise_author
#southbaysocial #southbay #losangeles #manhattanbeach #elsegundo #hermosabeach #southbaytakeover #ucla #writer 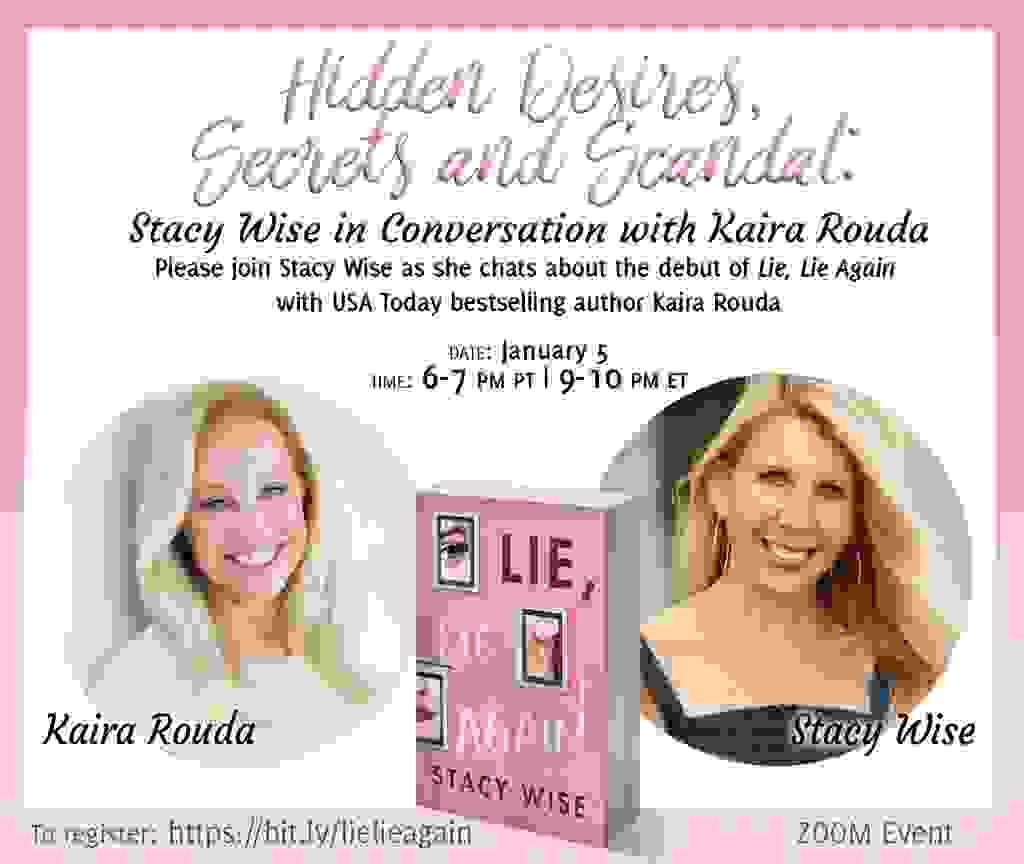 Stacy will  be in conversation with the lovely Kaira Rouda to discuss hidden desires, secrets and scandal in fiction writing.

To purchase the book in advance, shop here: https://bit.ly/ShopLieLieAgain

Lie, Lie Again has been selected as part of December's Amazon first reads!